McSharry Bros. have been appointed as the exclusive Kobelco dealer for the Republic of Ireland and Northern Ireland. This is what Kobelco had to say in their press release…

Kobelco Construction Machinery Europe B.V. (KCME) is pleased to announce the recent addition of McSharry Bros. Manufacturing Ltd (McSharry Bros.) to its expanding European, Russia & CIS and Maghreb network of authorised Kobelco dealers. McSharry Bros. is now the exclusive dealer for service and supply of the Kobelco brand throughout the Republic of Ireland and Northern Ireland.

McSharry Bros. was first established in 1970 as a distributor of agriculture machinery before importing excavators. Today the company comprises of two divisions: Machinery Sales and Undercarriage.

Given its long history, McSharry Bros. has rightly become a successful leader in both machine and undercarriage sales within Ireland and has earned an enviable reputation for quality and high standards of customer service.

Makoto Kato, Managing Director of Kobelco machinery Europe B.V. said of the recent signing “Customers within ROI and Northern Ireland are aware that Kobelco excavators are quality and robust products built with years of experience that encompasses modern technology. The highlights of which are fuel efficiency, low noise outputs and reliability. We are extremely pleased to announce McSharry Bros. has become an authorised partner to Kobelco – its specialist knowledge of the Irish market will result in higher levels of service and aftersales support of the Kobelco brand.”

Browse our range of quality used machines and find what you need.

We have a dedicated parts & service team to support our sales of Kobelco excavators.

We are the No.1 choice for steel and rubber tracks… quality and reliability.

McSharry Bros Manufacturing Ltd. (known as McSharry Bros) is the exclusive dealer for service and supply of the Kobelco brand throughout the Republic of Ireland and Northern Ireland.

McSharry TRACK is the specialist undercarriage division of McSharry Bros. We are the exclusive Berco Dealer for the same territory.

Our success is based on the quality of our products and the value we place on customer service. We look forward to doing business with you. 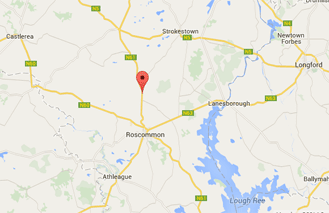